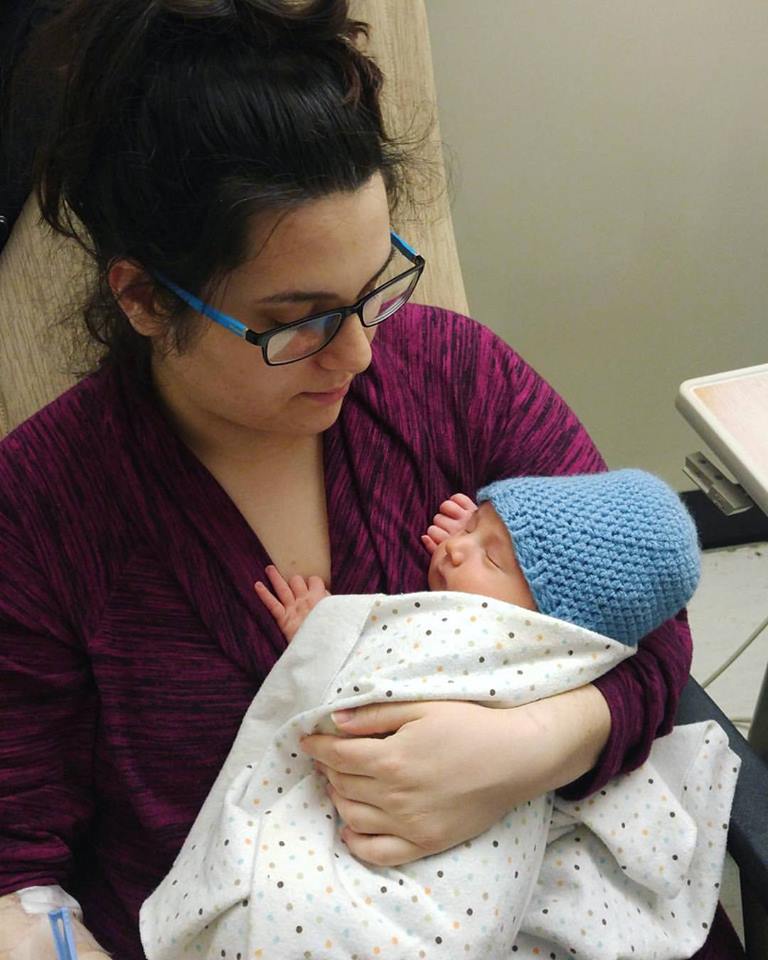 Failure of the Heart

If you would like to read Little Dude’s birth story, you can do so here.

Trigger Warning: This post deals with some serious health issues and hospitalization. Please keep that in mind before you continue reading.

After my long labour and everything that went along with it, I was happy to be released from the hospital a day later. We were anxious to get home and start our new lives as a family of 4. I missed my older son dearly; this was the longest I had ever been away from him. Even though he had come to visit in the hospital I just wanted him with me.  I wasn’t feeling very well and was very swollen. I had kept asking the nurses if it was normal. I didn’t swell much during my pregnancy and I hadn’t been swollen at all after the birth of my first. They kept assuring me it was normal.

Once we got home, we had a wonderful day and evening, trying to get into our new groove. Because Benjamin was born on a Wednesday we had to take him back to the hospital on Saturday for a weigh in since he couldn’t see his doctor until Monday. I got to spend Friday at home with all my guys. My boyfriend’s mother and brother came back over Friday night to visit and help us out. We spent some of the night visiting and once my oldest fell asleep; I tried to lay down but couldn’t. I couldn’t breath well enough. I got back up and was telling them about it and commenting about how swollen my ankles and feet were; that they were bothering me. We spent a good little bit laughing at my boyfriend’s attempts to help the swelling go down. Most notable; ice-cold water that he insisted I put my feet in. It didn’t help at all and was so cold it was painful but it made for a good laugh.

The next morning I got myself and the baby ready. My grandma was going to drive us over to the hospital to the breastfeeding clinic to have Benjamin weighed as per the doctor’s instructions. In the car on the way there I was telling her about the trouble I was having breathing. It had gotten even worse over the night. I couldn’t even take in enough of a breath to yawn, sneeze, laugh, or speak or more than a couple sentences. She was worried about it and said we should probably at least go to a walk-in clinic or something to get it checked out. She recognized the signs; my grandfather has been in heart failure and those are symptoms. I wasn’t so sure it was anything. I was tired of the hospital, of doctors.

The breastfeeding clinic went well. We asked the nurse in there what she thought of the swelling. She said it looked like a lot but that it could be normal. It was best to get checked out. I had lost my wallet during my last stay in the hospital so, I decided to go up to labour and delivery to see if they had found it. They hadn’t but we happened to run into my OB while we were waiting for them to check. We asked him what he thought. He told me to go down to emergency and be seen.  So, off we went.

After lots of waiting, blood work, breathing test (which I didn’t pass), heart monitoring, a chest x-ray, multiple doctors poking at my legs and telling me how impressive my edema was, and a bedside chest ultrasound I got the word that it is “a little bit of heart failure” and that I was being admitted. For the sake of keeping this one a little shorter than my last post I will just say I didn’t take it well. I had been alone when they told me. My grandma and 3-day old son were waiting in a waiting room. I had to make the walk back over to them to tell them.

A few minutes later the ER resident came and got me. I was put into an ER curtained room to stay while they got an internal medicine doctor to come talk to me. He went over that there was fluid in my chest, around my heart and that they weren’t sure what the cause was. That they needed to get rid of the fluid quickly so it didn’t cause any damage and they could see what damage was done. We were told it was probably one of three things: post-partum cardiomyopathy (they thought this one was most likely), too much IV fluids during labour because no one had written down how much I was given (they hoped it was this one), or a blood clot in my lungs (they didn’t think it was this one but it was a possibility).

We started IV Lasix right away.  Lasix is a medication that removes fluid from your body via urinating. Because it was IV administered it works within minutes. I was constantly running to the bathroom and peeing a ridiculous amount of fluid out every time. I didn’t know it was possible to get rid of that much fluid. It hurt to keep doing this, it was so much.

The nurses were concerned about my 3-day old son being in the ER having not been vaccinated yet so, they put me in the isolation room where my newest baby and my grandmother stayed with me. I had my own bathroom in there which worked out well for me. We were told that I would have to wait until the next morning for the cardiologist to see me and do an Echo. So, through the night we waited. I didn’t get any sleep, I wasn’t able to lay down. I was too numb, too scared, and I couldn’t breath when I lay down or leaned back.  The cardiologist and his resident came by the next day, because it was a Sunday the formal echo clinic was closed so he did another ultrasound himself. He needed to see what was going on, especially now that I had, had two doses of Lasix. They deemed that I needed a formal echo so he could get a better look at a few things. He added another possibility to the mix; I had been born prematurely at 3 lbs 3 oz and with an Atrial Septal Defect (ASD- a hole in my heart) the strain of labour could be causing an issue now.  Because they didn’t see anything that required me to be on the cardiac floor then they kept me down in emergency. They admitted me under an internal medicine doctor with the cardiologist assisting. Shortly after the cardiologist and resident left the nurse came in and told us they were working on moving us to a private room with a door in the short stay unit. We found out later it was the sweet cardiology resident who pulled that one off for us. They also made sure to get a bassinet from the labour and delivery ward and later even set me up with a pump because I was too afraid to breastfeed on the Lasix and the blood thinners but I didn’t want to lose my supply; my milk had just come in that night. The room already had the TV hooked up and it was much more comfortable for us; safer for baby too.  The nurses in the short stay unit were all incredibly sweet and happy to have us there, the baby was a welcome surprise for them.

After another day of this and very little sleep yet again. I couldn’t even hold my baby. Between all the tests, Lasix, no sleep, side effects from the medication, and the IV lock that had been in my right arm for days it was too hard, it was very painful. I spent most of my time in the hospital in shock, numb. When I wasn’t numb I was scared and I felt bad, I felt bad that this was my little guy’s first experiences in the world, felt bad that my Little Mr. at home didn’t understand why I was gone yet again when he had been with me every day, almost every hour of his entire life.  I felt bad that people were worried about me, I felt bad that my grandma had to stay, had to help and that she felt like she needed to. It isn’t easy to sit in a chair for 3 days straight. She’s a saint for everything she does.

I had been getting odd results on my tests; blood pressure was very high, pulse got low for a while, etc. It was all a lot to take in, it was all a blur.

The next morning, I was finally sent down for my echo, my nerves were shot. They had just given me another dose of Lasix so, I had to keep going to the bathroom before and had to try not to during. The wait after that was one of the longest of my life. The doctors were saying that if the echo came back okay then I could go home. This was the test that was going to determine whether it was post-partum cardiomyopathy and if so how bad, if it was too much fluids, if it was the old hole doing anything, or if there had been any damaged caused. That evening the cardiology resident and an internal medicine doctor came to talk to me, they said everything looked okay on my echo. That they were calling it post-partum volume overload (likely too much IV fluids during labour) and I could go home. They were going to send me home on a low dose of Lasix but decided not to since the last dose seemed to be a bit too much on my body.

I am so grateful that the outcome was, what it was. Although the ordeal has made me even more of an anxious person and that I have had trouble with fluid since, I even ended up back in emergency to be put back on Lasix, I am doing well now. Thank you to everyone reading this who wished me well, prayed for me, offered to help or did help. I am so thankful for all of it, more than I could ever put in to words. The kind words and well wishes warmed my heart when I felt like it was betraying me. Thank you. 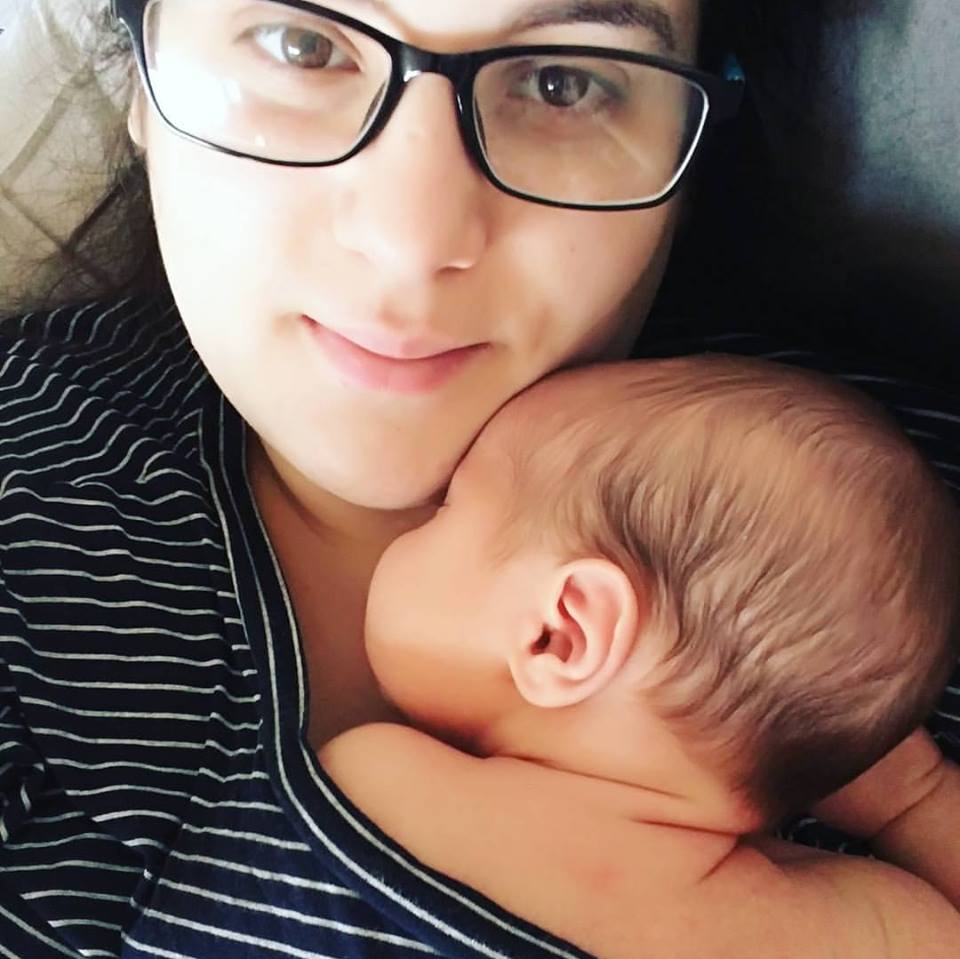 Letitia is a Toronto, ON based Artist, Blogger, Youtuber and most importantly, a Mom to two.